The alpha 7 nicotinic acetylcholine receptor (α7 nAChR) positive allosteric modulator program is developing small molecule therapeutics for the treatment of cognitive impairment in Alzheimer’s disease (AD).  These molecules may be applicable to other neurodegenerative and psychiatric diseases where there is a need to restore memory function such as Parkinson’s disease, schizophrenia and attention deficit hyperactivity disorder (ADHD). Compounds produced in this program have been effective in several animal models of impaired learning and memory over a broad dose range, and have an excellent safety profile in such animal models.

In June 2014 Bionomics entered into an exclusive Research Collaboration and License Agreement with Merck & Co, known as MSD outside the United States and Canada, for the BNC375 program targeting cognitive dysfunction associated with Alzheimer’s disease and other central nervous system conditions.

Includes 2 candidates which are PAMs of the α7 receptor in early-stage Phase 1 safety and biomarker clinical trials for treating cognitive impairment. The 1st compound has completed Phase 1 safety clinical trials in healthy subjects and there are ongoing plans for further biomarker studies. In 2020, a second molecule that showed an improved potency profile in preclinical animal models was advanced by Merck into Phase 1 clinical trials. 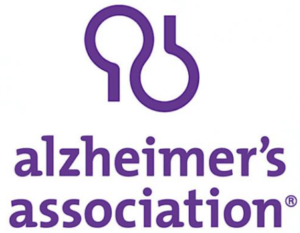 Alzheimer’s is a type of dementia that affects memory, thinking and behaviour. Alzheimer’s is the most common cause of dementia and accounts for 60-80% of dementia cases. Alzheimer’s is a progressive disease, where dementia symptoms gradually worsen over a number of years. In its early stages, memory loss is mild, but with late-stage Alzheimer’s, individuals lose the ability to carry on a conversation and respond to their environment. Alzheimer’s is the sixth leading cause of death in the United States and affects over 5 million people. On average, a person with Alzheimer’s lives four to eight years after diagnosis, but can live as long as 20 years, depending on other factors. In Australia, an estimated 460,000 people are living with dementia.

Bionomics has a lengthy history of successful alliances with industry and academia. We are open to expressions of interest with respect to partnership at all stages of development.