Ion channels serve as important mediators of physiological function in the CNS and the modulation of ion channels influences neurotransmission that leads to downstream signaling in the brain. The α7 nicotinic acetylcholine (“ACh”) receptor (“α7 receptor”) is an ion channel that plays an important role in driving emotional responses and cognitive performance. Utilizing our expertise in ion channel biology and translational medicine, we are developing orally active small molecule negative allosteric modulators (“NAMs”) and positive allosteric modulators (“PAMs”) of the α7 receptor to treat anxiety and stressor-related disorders and cognitive dysfunction, respectively.

Our expertise and approach have been validated through our June 2014 research collaboration and license agreement with Merck & Co. for our α7 receptor PAM program, which targets a receptor that has garnered significant attention for treating cognitive deficits. This partnership enables us to maximize the value of our ion channel and chemistry platforms and develop transformative medicines for patients suffering from cognitive disorders such as Alzheimer’s disease.

Bionomics is advancing its lead product candidate, BNC210, an oral, proprietary, selective NAM of the α7 receptor, for the acute treatment of Social Anxiety Disorder (“SAD”) and chronic treatment of Post-Traumatic Stress Disorder (“PTSD”). There remains a significant unmet medical need for the over 22 million patients in the United States alone suffering from SAD and PTSD.

The Merck collaboration currently includes two candidates which are PAMs of the α7 receptor that are in early-stage Phase 1 safety and biomarker clinical trials for treating cognitive impairment.

The first of these programs has developed two patented series of small molecule Kv3.1/3.2 potassium channel activators for the potential treatment of cognitive deficits and negative symptoms/social withdrawal in schizophrenia and autism spectrum disorders.

The second program has developed three patented series of small molecule inhibitors with functional selectivity for Nav1.7 and Nav1.8 voltage gated sodium ion channels for the potential treatment of chronic pain without the liability of addiction associated with opioid treatment.

CNS disorders, including psychiatric and neurological disorders represent some of the most widespread health problems in the developed world.

Bionomics is initially focused on developing BNC210 for two distinct indications with high unmet medical need: the acute treatment of SAD and chronic treatment of PTSD.

In our clinical trials to-date, BNC210 has been observed to have a fast onset of action, and demonstrated anti-anxiety and antidepressant effects, but without many of the limiting side effects observed with the current standards of care for SAD and PTSD, including benzodiazepines, selective serotonin reuptake inhibitors (“SSRIs”) and serotonin and norepinephrine reuptake inhibitors (“SNRIs”).

Based on extensive preclinical data and clinical trials, Bionmics believes BNC210 may have a number of advantages over drugs currently used to treat SAD, PTSD and other anxiety and stressor-related disorders, including:

faster acting with the potential to be used in both acute and chronic settings;
non-sedating;
non-addictive and no discontinuation/withdrawal syndrome;
no memory impairment; and
no impairment of motor coordination.
Bionomics has designed and developed a novel, proprietary tablet formulation of BNC210 which has shown differentiated pharmacokinetic properties in clinical trials. BNC210 has demonstrated rapid absorption characteristics in clinical trials making it ideal for acute, or on demand, treatment of SAD. Furthermore, the tablet formulation providing patients the convenience of taking BNC210 with or without food in the outpatient setting. In previous clinical trials, the tablet formulation achieved a target blood exposure which we believe can provide clinically meaningful benefit for patients suffering from PTSD.

We have also received Fast Track designation from the FDA for our PTSD program. In addition, we have a collaboration with EmpathBio for feasibility studies to evaluate a combination of EMP-01, a 3,4-methylenedioxymethamphetamine (“MDMA”) derivative as an adjunct to behavioral therapy, and BNC210 for the treatment of PTSD. 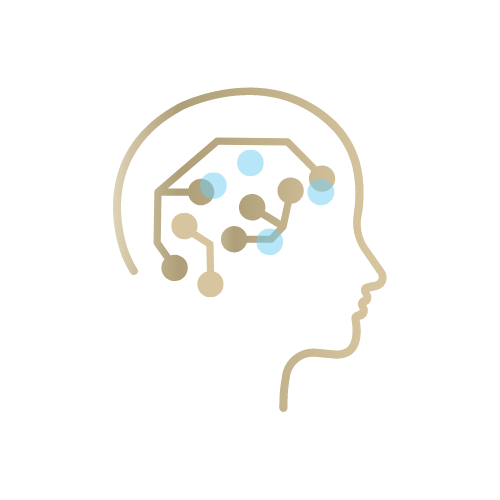 Bionomics’ legacy oncology assets target cancer cells via various modalities for the treatment of both solid and blood tumours.

Bionomics conducts clinical trials in various indications. It is the core of what we do.